Le Chat Noir – French for “The Black Cat”) was a 19th-century cabaret, meaning entertainment house, in the bohemian Montmartre district of Paris. Le Chat Noir is thought to be the first modern cabaret: a nightclub where the patrons sat at tables and drank alcoholic beverages while being entertained by a variety show on stage, introduced by a master of ceremonies who interacted with people he knew at the tables. Perhaps best known now by its iconic Théophile-Alexandre Steinlen poster art, in its heyday it was a bustling nightclub that was part artist salon, part rowdy music hall. The cabaret published its own humorous journal Le Chat Noir, which survived until 1895.

Scroll down to find my unique Le Chat Noir artworks available through:

Available to buy on…

*My Images Do Not Belong To The Public Domain. All images are copyright © taiche. All Rights Reserved. Copying, altering, displaying or redistribution of any of these images without written permission from the artist is strictly prohibited

Custom order a painting of any of theses images via Etsy Fine Art America is home to 100,000+ of the world's greatest living artists and photographers.   Browse through our collection of 4,953,077 images - all of which can be purchased as framed prints, canvas prints, greeting cards, acrylic prints, metal prints, posters, and more.   When you're ready, we'll deliver a museum-quality masterpiece right to your doorstep.

The artwork on Society6 is created by hundreds of thousands of artists from around the world. When you buy a product from Society6, we produce it using only the highest quality materials, and ship it to you on behalf of the artist. Check out taiche's Le Chat Noir collection on.......

At Society 6 you can find my full Halloween Collection on:

and this is how great they all look:

Shop the ZAZZLE COUPONS PAGE for the most updated Zazzle deals, coupons, promotions, discount codes and promotional codes to get all your unique gifts and presents at a great price!
We promise 100% satisfaction.
If you don't absolutely love it, we'll take it back! 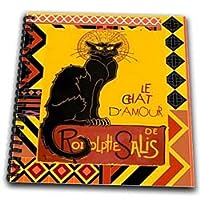 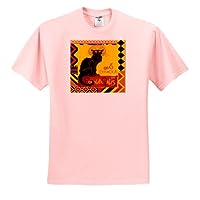 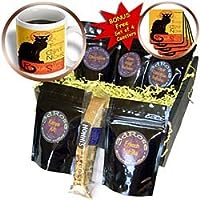 Choose your favorite photograph on a light switch cover, desk clock, wall clock, porcelain plate, t-shirt, sweatshirt, mouse pad, mug, tote bag and other products. It makes a great gift for any holiday or occasion. Purchase it as an original gift for your loved one or keep it for yourself to enjoy as a memory keepsake. Convenient shopping cart makes it very simple to order. Just press add to cart button, select the payment method and we will e-mail the order information with the detailed instructions. If you wish we can personalize your item. Our products are made utilizing unique process and high tech equipment.

Posted by taiche at 5:56 AM No comments: